Walter William Scott never had a chance to reach 100 years old today. Instead, he sacrificed his life for our freedom.

Walter William Scott was born on 18 Aug 1920 in Jackson, MS to Frank Tomkeyes Scott, attorney and Effie Galloway, homemaker. both from MS. Walter had two brothers, Charles who served in the Army Air Corp and spent time as a POW, and Bert who served with the Navy in the Southwest Pacific.

In 1940 Walter was attending college at the University of Mississippi, and would graduate in 1943. His father, Frank, was the sheriff of Hinds County, MS.

Walter was promoted to captain and was probably the company commander of Company A. He was killed in action on 29 April 1945. On that day his unit was at S. Pietro, in view of the Alps. They were attacked by a force of Germans that had a tank and captured American vehicles. Captain Scott was killed in this engagement.

Captain Walter W. Scott, of 913 North Street, Jackson, Mississippi was recently awarded the Distinguished Service Cross, the nation's second highest military award for extra ordinary heroism in action on Mt. Battaglia, Italy as a member of the 350th Infantry Regiment. The presentation ceremonies were held at te 37t6h General Hospital, one of the many units of the Peninsular Base Headquarters, Italy, the important supply and services organization for the Fifth Army and for the Air Force ground crews and the Naval elements in the Mediterranean Theater of Operations.

The citation accompanying Capt., then first lieutenant, Scott's medal vividly describes the action in which he earned his decoration. After Lt. Scott's company had relieved two companies on Mt. Battaglia, the enemy launched a vicious counterattack to regain this strategic height. In the face of intense artillery, mortar, and small arms fire, Lt. Scott circulated among his men, shouting words of encouragement, issuing orders and pointing out targets. He killed four of the enemy with his pistol. Observing that the advancing enemy threatened to overrun his positions, Lt. Scott picked up a rifle from a dead soldier, called for his men to follow him and advanced toward the enemy. In the fierce battle that ensued Lt. Scott killed two more enemy soldiers, while his men killed and wounded many others. The enemy troops were so severely mauled that they turned and fled to their own lines.

The determined courage, calmness under fire and intrepid leadership displayed by 1st Lt. Scott were an inspiration to all who witnessed his heroic performance.

Captain Scott is the son of Mr. and Mrs. Frank T. Scott of Jackson, Mississippi. He was graduated from the University of Mississippi in 1943. He has been in the Army for 20 months and overseas for 16 months, serving in North Africa and Italy.

Captain Walter Scott, second son of Mr. and Mrs. Frank T. Scott, 918 North Street, was killed in action in the Mediterranean theatre, his parents were notified yesterday in a telegram from the War Department.

Fighting through the North African and Italian campaigns, young Scott had received two battlefield promotions and his family had hoped that he would be coming home now with the end of the war in Europe.

Captain Scott had two brothers in the war, Charles Scott, a prisoner of war believed liberated in Germany, and Bert Scott in the Southwest Pacific.

Their father was the former sheriff of Hinds County, Mississippi and now a chancery clerk.

Thank you, Walter William Scott for your sacrifice. Let’s ‘Earn It” for Walter.

This profile was written by Linda Simpson. I have been an avid genealogist, researching my ancestry in Canada, France, Belgium, and Ireland for over 40 years. I am also a historian for The Seminole Nation, Indian Territory, and The Past Whispers. When I saw an article on Don’s project I knew I wanted to be a part of Stories Behind the Stars. What an amazing way to honor our fallen, by ‘Earning It’ for them.

This is one of the final 50 stories (18) to be written as part of this project which ends on September 2, 2020, the 75th anniversary of the end of World War II. At that time more than 1,370 men and women will have been profiled. The project will live on in an expanded program to write the stories of all 400,000+ US World War II fallen. Visit www.storiesbehindthestars.org to learn more. We welcome your continued support and interest and encourage you to help write some of these stories.

Last year on this date I profiled B-24 radio operator Billy Elliott. You can read about Billy here.

On behalf of the fallen, if you would like to see more people become aware of this project to honor the WW2 fallen, be sure to share with others on Twitter, Facebook, etc. Thanks for your interest!

I created this video to explain why I started this project: https://www.youtube.com/watch?v=vXt8QA481lY.

Please consider joining the public Facebook group to increase the exposure of this project. Go to: WW2 Fallen 100

WW2 Fallen 100 is supported by

“Where Every Day is Memorial Day”

This blog was created to bring attention to the many Americans who lost their lives during World War 2 and never returned home to enjoy the fruits of the victory they paid for with their lives. Each day for four years the blog highlighted the 100 year birthdate of one of the fallen.
The blog has been replaced by the nonprofit initiative Stories Behind the Stars with a mission to tell the stories of ALL 421,000 US WWII fallen by September 2025.
Don Milne
Louisville, KY
don@storiesbehindthestars.org 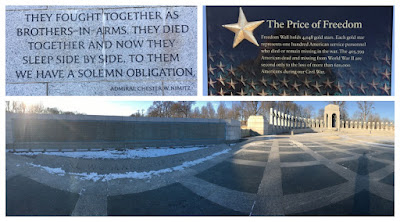